Cron jobs were part of the UNIX system since its early version. When GNU and Linux came into existance, crons were already part of the system. A cron job is simply a command, program, or shell script that is scheduled to run periodically. For example, a program that automatically executes log rotation must be from time to time.

However, as the application grows in scale and high availability is needed, we need our cron jobs to be highly available as well. The following challenges may face this approach:

One possible solution to these challenges is to create a higher level "controller" that manages cron jobs. The controller is installed on each node, and a leader node gets elected. The leader node is the only one that can execute cron jobs. If the node is down. another node gets elected. However, you will need install this controller through a third-party vendor or write your own. Fortunately, you can execute periodic tasks by using Kubernetes CronJob controller, which adds a time dimenstion to the traditional Job controller. In this article, we demonstrate the CronJob type, it use case, and the type of problems it solves. 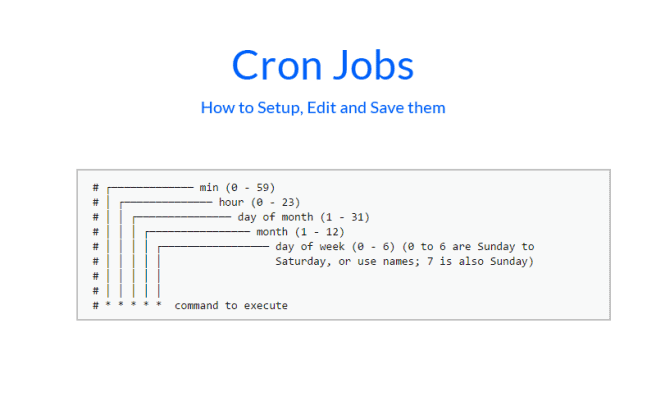 The purpose of the above definition file is to create a CronJob resource that sends data to an API or a database every fifteen minutes. We used the echo command from the bash Docker image to simulate the sending action to keep the example simple. Let's see the critical properties in this definition.

.spec.schedule: the schedule parameter defines how frequent the job should run. It uses the same cron format as Linux. If you are not familiar with the cron format, it's straightforward. We have five slots: minutes, hours, days, months, and day of the week. If we want to ignore one of them, we place a start in the slot (*).

You can also use the */ notation to denote every x units. In Out example, */15 means every fifteen minutes, the remaining slots have * so it will run on all hours, all days, all months, and all the days of the week. For more information about the cron format, you can refer to this documentation. Like the Job resource, the CronJob uses a Pod template to define the containers that this Pod hosts and the specs of those containers. .spec.jobTemplate.spec.template.spec.restartPolicy defines whether to restart the job. You can set this value to Never or OnFailure.

In some cases, the CronJob may not get triggered on the specified time. In such an event, there are two scenarios:

In our first example, the job sends information to an API that expects this information every fifteen minutes. If the data arrives late, it's useless, and the API automatically discards it. The CronJob resource offers the:

.spec.startingDeadlineSeconds parameter. If the job misses the scheduled time and did not exceed that number of seconds, it should get executed. Otherwise it is executed on the next scheduled time. Notice that if this parameter is not set, the CronJob counts all the missed jobs since the last successful execution and reschedules them with a maximum 100 missed job. If the number of missing jobs exceeds 100, the cron job is not rescheduled.

My CronJob is Taking so Long that It Would Span to the Next Execution Time:

If the CronJob takes too long to finish, you may be in a situation wherer another instance of the job kics in on its scheduled time. The CronJob resource offers the .spec.concurrencyPolicy. This parameter gives you the following options: